EDIT: Link does not seem to cause trouble any more at least with the current version!

In my quest to make my system sleepable, I found out on my last post that TPM chips can cause instability. Unfortunately, whilst this solved most issues, there were still times where when the display would turn off to save power, if I tried to turn it on again by moving the mouse, there would be nothing showing on the display!  Pressing the power button wouldn’t hibernate so…. the Reset button it is. Note that this wasn’t during or after sleep, it was by merely turning the display off due to inactivity.

Worse yet, there would be no logs indicating any issue leaving me dumbfounded as to why that would happen. Obviously, the fact that my display wouldn’t recognise any signal coming out of the VGA meant that this is a problem with the VGA itself. In most cases this is a driver issue, unless your VGA is dying of old age which was not the case here. 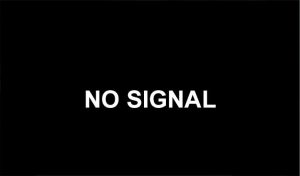 When it happened again, I tried to connect to it remotely from my other PC, but I’d still get a black screen. Remote administration tools would work, but not having configured rights wouldn’t allow me to have a gander at the logs for example. Then I suddenly managed to log on with VNC and then log on again normally.

Peering through the logs showed that what caused the black-out was that the VGA driver would crash right when the system was resuming. Incidentally, an application crashed at around the same time. Corsair Link. 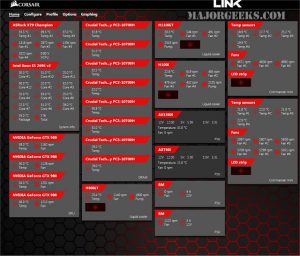 Link is an application from Corsair that allows you to control the software parameters of many of its accessories, such as fan speeds and (god-awful) LED strips. It is a notoriously mediocre application that not only puts a constant 1-2% load on your system (that means that it’s occupying about 8-16% of one of your cores, constantly) but it cannot properly recognise different Corsair components. In my case I had an AX860i PSU which I bought with the VGA and an AiO cooler, the H110i GT model. The hardware components themselves are great, but they can’t work together because of the incredibly idiotic way their drivers are updated and implemented (see on Corsair’s forum for more details and a solution).

So what was happening is that when I was bringing the system out of the inactive state by moving the mouse of pressing a key on the keyboard, the Corsair application would attempt to perform a query on the nVidia driver which would fail with a permission error. This would cause the driver to crash and I would have to wait until it would be recovered.

Link is not completely useless however. You can run it, configure your fan speeds and other parameters and then shut it down and disable it from automatically starting when Windows starts. You can also use alternative utilities but I didn’t bother too much with them.

What’s more infuriating is that Corsair keeps releasing new versions of it which don’t even solve the most basic of issues, such as being able to recognise two supposedly mutually compatible hardware components.